Newly opened routes are designed and given colors suited to the local site, in order to not ruin the existing landscape.

The color of the bridge girder of the Saitama-Shintoshin Route which opened in August 2006 in the Minuma district uses a "dark green" color which fits the green space of the Minuma rice field at the site.

Taking into account the open landscape of the beach, Route 10 Harumi Line which was opened in February 2009 had "light blue" as the color of the bridge girder and "white" for the bridge pier and bridge railing color. 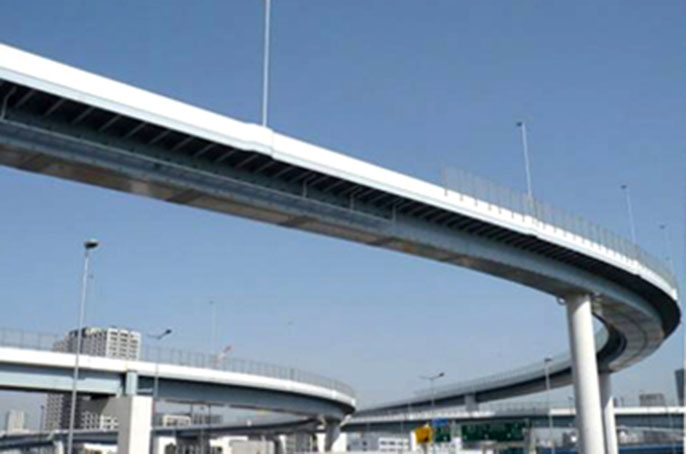 The ventilation tower at the Central Circular Shinjuku Line has an oblique ribbed design for the hexagonal outer wall. It produces changes in light and shadow caused by the passage of time and seasons, and also alleviates any gloomy feeling.

Ohashi Junction wall is a concrete structure of approximately the same size (about 175m × 130m) as the grounds of the National Stadium. On the wall of the junction, oblique ribs are included at the bottom and indents (window pattern) resembling windows are placed at the top to reduce any gloomy feeling.